Menu
Get an instant quote

Get an instant quote
Menu

Choose a conservatory to complement your period property

You may long for a conservatory but are afraid it will detract from the appeal of your period property.

But by choosing the right type of conservatory, you can actually add to the charm (and value) of your home.

From the middle to late 19th century, architectural fashion was for elaborate detail with features such as panels, columns, eaves and arches.

Our Victorian conservatories are designed in this style with a pitched roof, ornate ridge and bay window frontage. The structure will blend seamlessly with Victorian style properties to enhance the existing architecture.

A Victorian conservatory can also bring character and personality to a more modern house.

In the reign of King Edward VII from 1901 to 1910, architecture became less ornate than the elaborate features found in the Victorian era. This understated style continued for the duration of the first world war.

A classic square-look Edwardian conservatory is made up of three sections that slope upwards from the outer edges to meet at the centre ridge. The conservatory can also feature a series of small windows at the top of the frames.

Our Edwardian conservatories offer a choice of design that can be part-brick or glass-to-ground. This flexibility of design makes the conservatory a suitable addition to both traditional and contemporary houses.

If you have gable features on your property, you can opt for a conservatory to complement the external appearance of your home.

Our gable front conservatories are characterised by the upright front panel and high roof slope. The beauty of this shape is that it offers maximum light and space. You can choose to have a part-brick wall construction or a full height wall on one side.

The roof ridge runs the full length of the conservatory and the abundance of natural light makes this a popular choice for different types of properties.

Orangeries were considered the height of luxury and sophistication and became a feature of elegant residences between the 17th to 19th centuries.

As the name suggests, they were built to create an environment where orange and other fruit trees could be grown. With Italian origins, orangeries were architecturally adapted over the decades to suit the climate of different countries.

Orangeries have a higher proportion of brick to glass than conservatories – originally, they were constructed as standalone buildings in the garden. However, they later became more popular as an extension to the house.

An orangery is square or rectangular in shape and has a brick base, a flat perimeter roof and a central roof lantern. Because of their solid construction, orangeries have been used as dining rooms and reception rooms.

Originally built from brick and timber, modern orangeries can now also include uPVC in their construction.

Find out more about our stylish period conservatories

We give free, relaxed, no-obligation quotations.

Excellent Windows offers free home consultations. If you’d like to discuss your home improvement requirements with one of our representatives, we can arrange for them to visit at a time that’s convenient for you.

All our quotations are offered completely free of charge with no obligations. 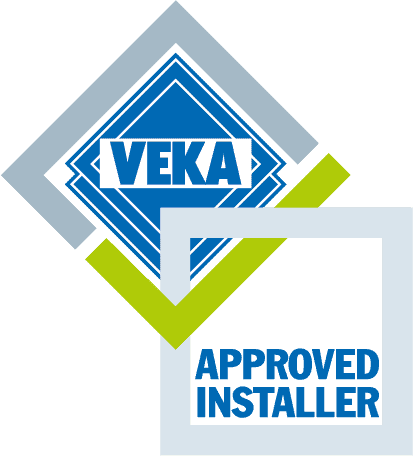 Menu
Menu
Menu
Facebook-f Instagram
We use cookies on our website to give you the most relevant experience by remembering your preferences and repeat visits.
Read MoreCookie SettingsAccept All
Manage consent

This website uses cookies to improve your experience while you navigate through the website. Out of these, the cookies that are categorized as necessary are stored on your browser as they are essential for the working of basic functionalities of the website. We also use third-party cookies that help us analyze and understand how you use this website. These cookies will be stored in your browser only with your consent. You also have the option to opt-out of these cookies. But opting out of some of these cookies may affect your browsing experience.
Necessary Always Enabled
Necessary cookies are absolutely essential for the website to function properly. These cookies ensure basic functionalities and security features of the website, anonymously.
Functional
Functional cookies help to perform certain functionalities like sharing the content of the website on social media platforms, collect feedbacks, and other third-party features.
Performance
Performance cookies are used to understand and analyze the key performance indexes of the website which helps in delivering a better user experience for the visitors.
Analytics
Analytical cookies are used to understand how visitors interact with the website. These cookies help provide information on metrics the number of visitors, bounce rate, traffic source, etc.
Advertisement
Advertisement cookies are used to provide visitors with relevant ads and marketing campaigns. These cookies track visitors across websites and collect information to provide customized ads.
Others
Other uncategorized cookies are those that are being analyzed and have not been classified into a category as yet.
SAVE & ACCEPT